I am currently involved with an amazing group called the Denton Women’s Collective. The Denton Women’s Collective (DWC) is meant to unite women on a local as well as international level, with the shared hope of a more tolerant world offering equal opportunities, kindness, acceptance and love. The goal is to make the most of our individual gifts and empower one another, no matter our education, religion, political beliefs, marital status, age or background. I have met some strong, beautiful and amazing women within this group and seeing it continue to grow is quite exciting. Like us on Facebook! ;)

Recently, we were able to set up a screening of the documentary Finding Kind at a local high school and invited girls of all ages, from elementary schools, middle schools and beyond, to attend the screening. The Kind Campaign is a movement, documentary and school program based upon the powerful belief in kindness. It brings awareness and healing to the negative and lasting effects of abuse within the “Girl World”.

Almost every single female has had an experience in which they become the aggressor or the victim of girl-against-girl crime. The name-calling, insults, threats, competition, manipulation, and rumors, etc, we often brush aside as “girl drama”. But when we think of that as acceptable ways of the typical female experience, what we’re overlooking is that they can have very lasting and negative effects on a growing mind, such as depression, anxiety, loss of self-worth, eating disorders, and even suicide. 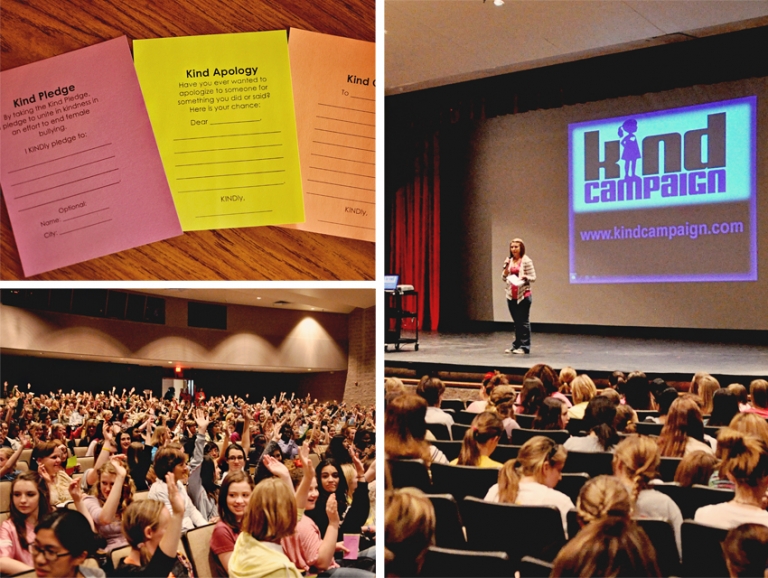 Helping out with this campaign and seeing all of the girls come out and view the screening was so rewarding. We had huge crowds the two days we screened the documentary.

After the movie, we held a discussion with the girls with questions about their feelings about the film, personal stories that relates to the film, why girl-against-girl “crime” takes place and how to change this behavior. Some very brave girls shared their experiences, opinions and answers. 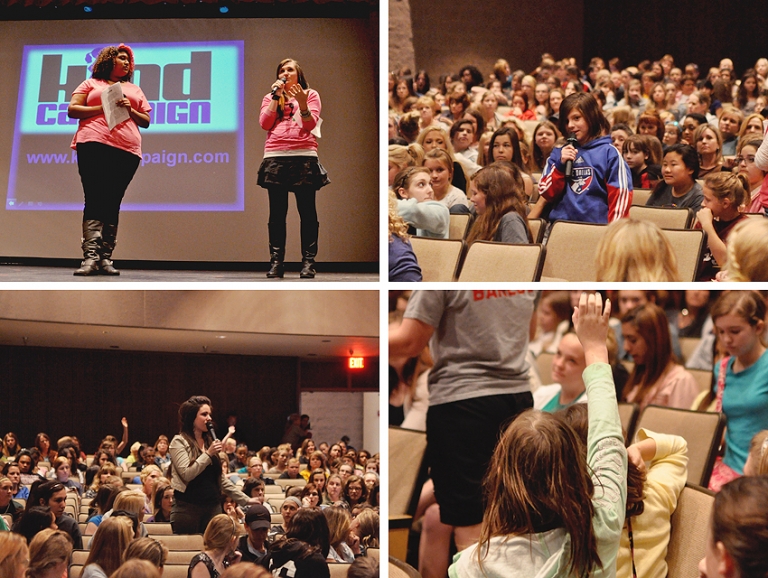 We also asked the girls to fill out a Kind Pledge card, Apology Card, and a Kind Card. 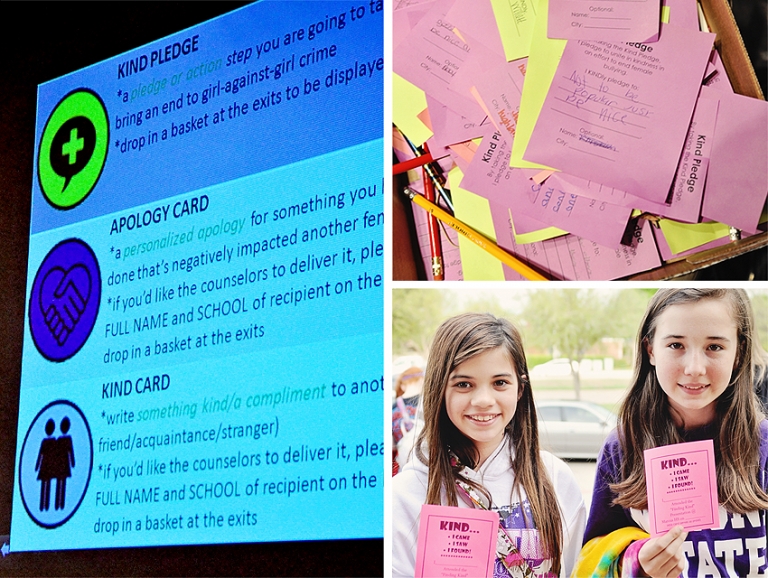 Growing up, I dealt with the drama, the rumors and was bullied a few times. I will never forget some of the threats and words I was told in the past. But I will not let it affect me today. I wish we had a program like this when I was in school, for it encourages girls to think about their actions and the possible consequences. And it lets the victim of bullying know that they are not alone. I wish I could personally let those girls know that the most beautiful people in the world are those who are kind to one another.

Here is a picture of some of the Denton Women’s Collective that helped out on Monday night’s screening! (I’m the blonde on the right). 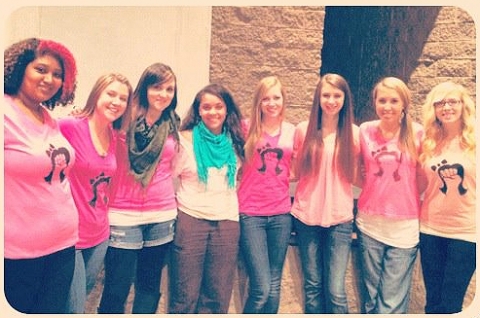